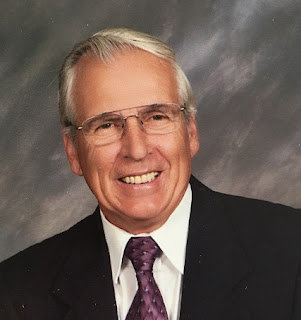 August 28, 1936 – March 2, 2017
Jack Hylton went to his heavenly home on March 2, 2017.  He is survived by his wife of 59 years, Darlene H. Hylton and his daughter, Trina H. Minter and her husband Steve Minter; his daughter-in-law and husband, Khris and Randy Morris.  He is also survived by his five grandchildren, Justin and his wife Kayla, Jonathan, Jordan, Kayelin Hylton and Meredith Minter.  Jack had six great grandchildren, Olivia, Kiley, Brayden, Wyatt, Blaine and Liam Hylton.  He was preceded in death by his parents, Ferry and Odell Hylton and his two sons, Scott and Lyndon Hylton, as well as several brothers and sisters and his special cousin Wayne Hylton.
He is survived by his brothers, Clinton Hylton and his wife Eva, Larry Hylton and his wife Renee, Jerry Hylton and his wife Karen, John Hylton and his wife Belva and Ralph Hylton and his wife Joan.  He is survived by his sisters, Linda H. Bobbitt and her husband Leonard and LaMyra Haynes and her husband David.  He is also survived by his brother-in-law and sister in-law, Dallas and Margaret Hubbard.
Jack worked as a farmer and a surveyor.  He retired after 35 years of surveying for the Virginia Highway Department.  He was an active member of the Topeco Church of the Brethren for more than 60 years.  He loved Floyd County’s Buffalo Mountain, its people and history.
The family will receive visitors at Maberry Funeral Home, located at 367 S. Locust St in Floyd, VA, on Saturday, March 4, 2017 from 6:00-8:00pm and again on Sunday, March 5, 2017 at Topeco Church of the Brethren, located at 3460 Floyd Hwy S in Floyd, VA, from 1:00-2:00pm.  Funeral services to follow at 2:00pm with internment in the Topeco Cemetery.   Jack was a gentle soul who loved children.  In lieu of flowers,  Jack would have wanted you to contribute to the Topeco Church of the Brethren playground fund or to the Alzheimer’s Association at www.alz.org.
Posted by Maberry at 2:14 PM