She graduated from Willis High School in 1954. She attended Radford College for one year. She attended Holmes Bible College in Greenville, SC and received her minister’s license in 1963. She was a longtime member of the Indian Valley P.H. Church where she ministered and taught Sunday School. She also ministered at various other churches through the years.


She was employed by J. Freezer & Son in Radford as a bookkeeper for many years. She wrote a song “Abiding in God’s Love” and had it put to music and recorded in 1960.


Funeral service will be held at 2 p.m. on Sunday, April 27, 2014 at the Indian Valley Pentecostal Holiness Church with Rev. David Goad and Rev. Clyde Bishop officiating. Interment will follow in the Indian Valley Pentecostal Holiness Church Cemetery. The family will receive friends from 6 – 8 p.m. on Saturday, April 26, 2014 at Maberry Funeral Home.
Posted by Maberry at 2:55 PM No comments:


Louis was known for his hard work ethic, and was passionate about being a Milk Man for 36 years.  He was well known in our community for milk delivery to local stores for Coble Dairy, Shenandoah’s Pride Dairy, and Valley Rich Dairy. He would deliver in rain, sleet and snow without fail and was often seen checking his stores stock on his day off.


Funeral Service will be held 11:00 a.m. Friday, April 25, 2014 at the Maberry Funeral Home Chapel with Pastor Marvin Wade and Pastor Roy Turpin officiating. Interment will follow in the Topeco Cemetery.  The family will receive friends from 6-8 p.m. Thursday, April 24, 2014 at the funeral home.
Posted by Maberry at 6:52 PM No comments:

Funeral service will be held at 2 p.m. on Saturday, April 26, 2014 at the Maberry Funeral Home Chapel. Interment will follow in the Stuart Cemetery. The family will receive friends from 1 p.m. to 2 p.m. at the funeral home prior to the service.
Posted by Maberry at 5:39 PM No comments: 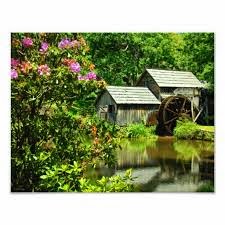 Reginald R. Hancock, 90, of Floyd, passed away Saturday April 19, 2014.
He was a member of the Fairview Church of the Brethren for 61 years and the Adult Sunday School Teacher for 41 years. He was a World War II Veteran Staff Sargent with The United States Army earning a Purple Heart. He worked for the United States Government for 44 years and The Blue Ridge Park Service for 38 years. He was preceded in death by a son; Marvin Hancock. He is survived by his beloved wife of 68 years; Sylvia Hancock, son; Samuel Hancock (Brenda), daughter; Joyce Duncan (Steve), daughter-in-law; Lois Hancock, sister; Opalene Roberson, brothers-in-law; Sebert Rorrer (Jean), Claude Rorrer (Christine), sister-in-law; Reva Belcher, grandchildren; Stephanie Link (Steve), Tracy Hancock, Stephen Hancock, Billy Hancock (Erica), Susan Sowers (Ray), Amanda Montgomery, Heather Higgs (Steve), twenty-one great-grandchildren; three great-great grandchildren. Funeral service will be held 11 a.m. Tuesday April 22, 2014 at the Maberry Funeral Home Chapel with Pastor Jason Pratt officiating with interment to follow at the Topeco cemetery with Flag presentation by the Floyd V.F.W. Post 7854. The family will receive friends from 6 to 8 p.m. Monday April 21, 2014 at Maberry Funeral Home. In lieu of flowers the family requests donations be made to The Fairview Church of the Brethren, c/o: Wayne Keith, 617 Fairview Church Road SW, Floyd, VA 24091.
Posted by Maberry at 3:42 PM No comments:

William (Bill) McKinley Paige, 63 of Salem, formerly of Bent Mountain, departed this life on Wednesday, April 16, 2014 in the quietness of the morning at the Salem VA Medical Center. Jesus extended His hand to Bill and he accepted it.

He was born on June 26, 1950 to the late Daniel Lee Paige and Bessie Thompson Paige in Bent Mountain, Virginia.

He was a father, grandfather, brother, uncle, nephew, cousin and friend to many.

Funeral service will be held at 1 p.m. on Monday, April 21, 2014 at Bent Mountain Baptist Church with Rev. Charlie Ellis and Rev. Wallis M. Brown officiating. Interment will follow in the Webb Cemetery with Military Rites by the Virginia Army National Guard Military Funeral Honors Team. The family will receive friends from Noon to 1 p.m. on Monday, April 21, 2014 at the church prior to the service.

Posted by Maberry at 2:53 PM No comments: