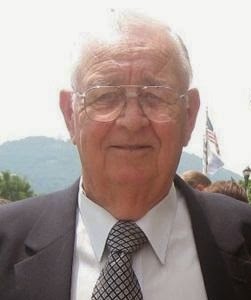 He was a World War II veteran and worked for the railroad for over 40 years. After retiring he worked for Wood Funeral Home. He was a deacon at Salem Head of the River Church. He will be greatly missed by his family, friends, and neighbors.

Funeral service will be held at 11 a.m. on Tuesday, September 2, 2014 at the Salem Primitive Baptist Church (Head of the River) with Elder Larry Hollandsworth officiating. Interment will follow in the Restvale Cemetery. The family will receive friends from 2 – 4 p.m. and 6 – 8 p.m. on Monday, September 1, 2014 at the Maberry Funeral Home Chapel.
Posted by Maberry at 6:46 PM No comments: 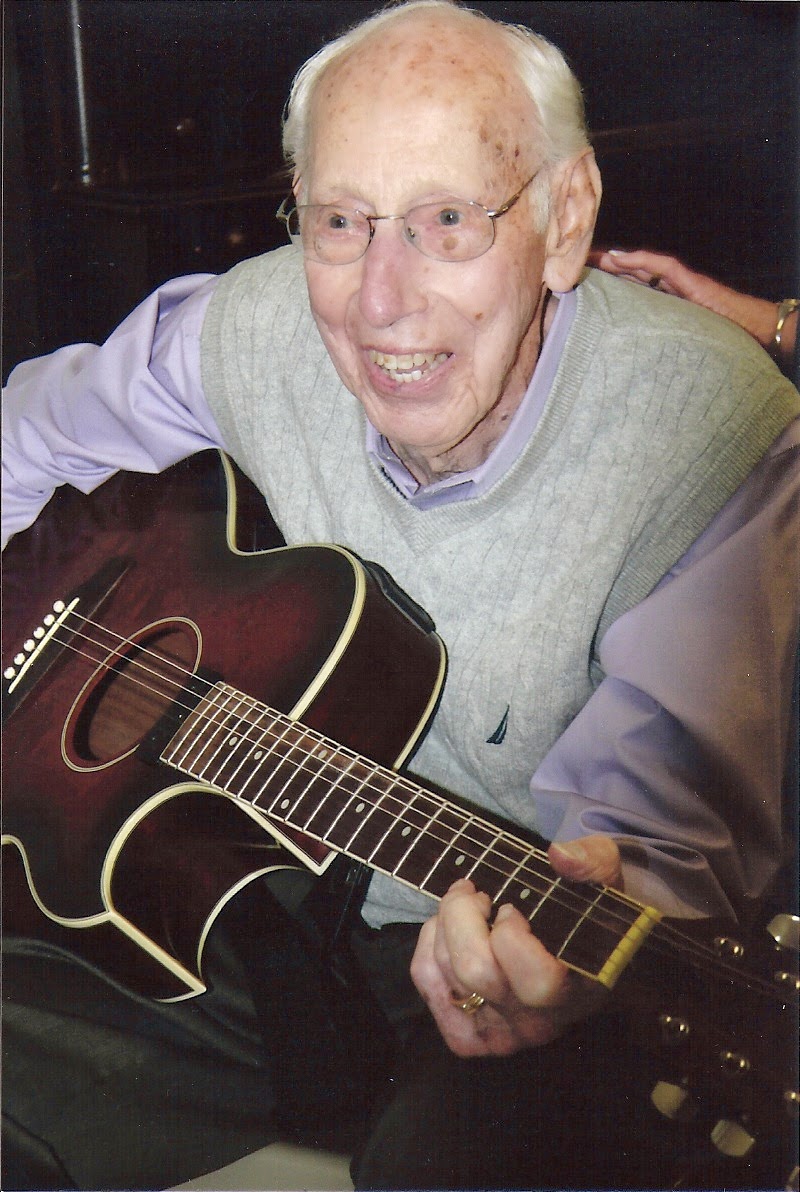 Wilbur Curtis Weddle, 91 of Floyd, born March 23, 1923, departed this life on Friday, August 29, 2014.  The youngest son of the late Uriah and Lilly Weddle, he is also preceded in death by his brother and sister-in-law, Freeman and Helen Weddle, and his sister and brother-in-law, Kate and John Smith.


Wilbur was the last living WWII member of the Floyd VFW and served his country as an Army medic.  He was a deacon, scoutmaster and choir member at Topeco Church of the Brethren.  He worked as an auto body mechanic for Turman & Yeatts in Floyd until he retired in 1988.  He enjoyed woodworking and carpentry, loved to play music with family and friends.


Funeral service will be held at 11 a.m. on Wednesday, September 3, 2014 at Topeco Church of the Brethren with Rev. Mike Varner officiating. Interment will follow in the Topeco Cemetery with Flag Presentation by the Floyd VFW #7854 and American Legion # 127. The family will receive friends from 6 – 8 p.m. on Tuesday, September 2, 2014 at the Maberry Funeral Home Chapel.
In lieu of flowers, please give in his memory to the Topeco Church Organ Fund (3460 Floyd Hwy S, Floyd, VA 24091) or to the Gideon Memorial Bible Program.
Posted by Maberry at 5:33 PM No comments: 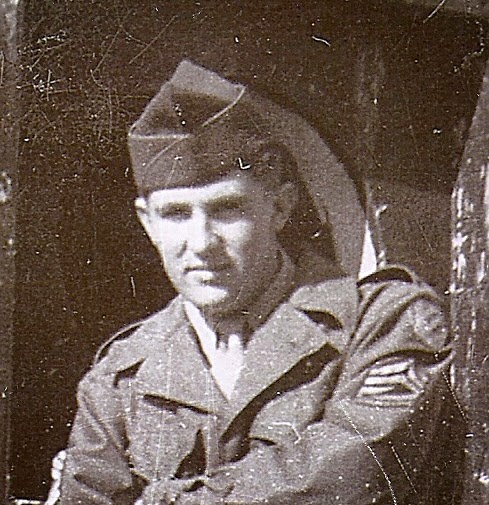 Marvie Donnie Weeks, 88 of Floyd, passed away on Friday, August 22, 2014 with his loving wife of 48 years by his side. He was born in Willis, VA on August 4, 1926 to the late Cullen & Sallie Weeks. He was also preceded death by his two brothers, Curtis Weeks, Harry Weeks; and a sister, Alpha Hylton.


Upon leaving Willis High School, he assisted his father in the operation of a 60 acre farm until entering the US Army. Marvie was inducted into the Army on December 22, 1944 and received his honorable discharge as Master Sergeant on December 7, 1946. He served his country with honesty and faithfulness and received many medals and honors along the way. He retired in 1988 after being a dedicated employee at the Radford Arsenal for 35 years.


Funeral service will be held at 3 p.m. on Monday, August 25, 2014 at the Maberry Funeral Home Chapel with Pastor Dewayne Troutt officiating. Interment will follow in the Greasy Creek Cemetery with Military Rites by Floyd V.F.W. Post # 7854 and American Legion Post # 127. The family will receive friends from 2 – 3 p.m. on Monday, August 25, 2014 at the funeral home prior to the service.


Alan Dale Peters, 54 of Baltimore, MD, passed away on Friday, August 22, 2014. He is preceded in death by his father, James (Jack) Peters; grandparents, Arthur & Arizona Peters, and Asa & Alma Quesenberry.

A graveside service will be held at 2:30 p.m. on Sunday, August 24, 2014 at the Jacksonville Cemetery with Rev. Steve Johnson officiating.
Posted by Maberry at 12:28 PM No comments: 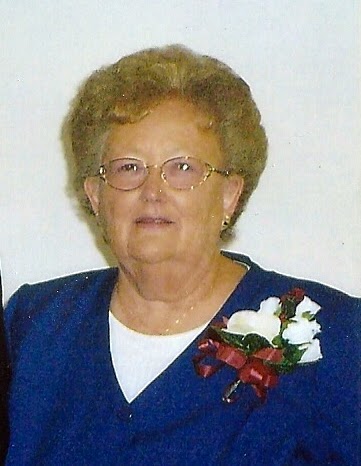 Loretta Harmon Epperly, 71 of Floyd, passed away suddenly in her home on Friday, August 22, 2014. She is preceded in death by her father, Willard E. Harmon, Sr.; mother, Vera Mae Harmon; and brother, Richard C. Harmon. Loretta was a loving wife, mother, grandmother, sister, and friend who was always dedicated to helping others.

Funeral service will be held at 11 a.m. on Monday, August 25, 2014 at the Maberry Funeral Home Chapel with Pastor Dale Belcher officiating. Interment will follow at the Topeco Cemetery. The family will receive friends from 6 – 8 p.m. on Sunday, August 24, 2014 at the funeral home. Flowers are appreciated, or donations may be made to Dillon Chapel Church, 815 Black Ridge Road, Floyd, VA 24091.
Posted by Maberry at 11:43 AM No comments: