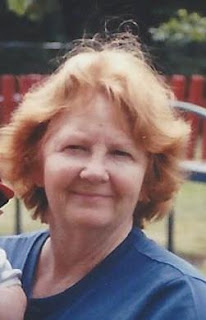 Barbara Anne Whitaker, 76 of Floyd, died peacefully in her sleep Sunday, March 5, 2017 at her home after a lengthy illness. Barbara was born July 1, 1940 in Indianapolis, and after graduating from high school in Eminence, Indiana, she pursued a career in business working as Assistant to the Director of Nursing at Methodist Hospital in Indianapolis and later as Executive Secretary at Rielly Tar and Chemical.  After marrying and starting a family Barbara chose to be a full time mother to her four children.  After moving to Floyd Virginia, Barbara worked at Heritage Hall and at the Forestry Department at Virginia Tech.  Her final working years were spent at several clothing manufactures in Floyd.
Barbara’s home was always open to friends and family.  Her cooking skills were well known as well as her love of her children, grandchildren and great-grandchildren.  A true servant of God, Barbara will be remembered always.
She is survived by her husband of  54 years, David Whitaker; sons and daughters-in-law, Chris and Joyce Whitaker, Josh and Ashley Whitaker, Levi and Jennifer Whitaker; daughter and son-in-law, Amy and Alvin Collette; grandchildren, Kristen Whitaker, Laura Whitaker, Mary Whitaker, Raven Whitaker, Emily Whitaker, Levi Collette, Joshua Whitaker, John Whitaker, Aaron Whitaker, Jacob Whitaker, Thad Whitaker; great-grandchildren, Anthony, Nevaeh, Rielly, Zoey, Macsamus, Zanetta, Varion, Xavier; brothers and sisters-in-law, Tommie and Judy Emberson, Rodney and Eleen Emberson; sister and brother—law, Mary and Jim Romminger.
Funeral service will be held at 11:00 a.m., Friday, March 10, 2017 at Maberry Funeral Home with Pastor Roy Turpin officiating with interment in the Jacksonville Cemetery.  Family will receive friends from 6:00 p.m. to 8:00 p.m., Thursday, March 9, 2017 at the funeral home.