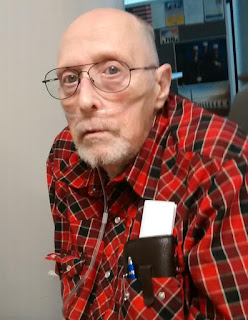 Paul Lincoln Slater, Jr., 70 of Copper Hill, passed away Tuesday, December 13, 2016.  He is preceded in death by his wife, Kathleen M. Slater.
Paul was an U.S. Air Force Veteran and served in Vietnam.  He was a loving father and grandfather. He will be greatly missed.

He is survived by his sons and daughters-in-law, William Slater and Leslie, Wade Slater and Betty Minnix, Scott Slater and Angie; grandchildren, Kristen, Samantha, Caleb and Zack.
A private memorial service will be held at a later date.