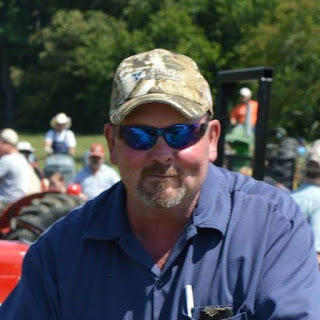 Julius “Scott” Bolt, 53 of Willis, went to be with The Lord on Saturday, August 6, 2016. Scott loved farming and working with cattle. He enjoyed life and spending quality time with his family.
He was preceded in death by his father, J.E. Bolt.
Those left to cherish his memory is his loving wife, Erica Bolt; daughters and sons-in-law, Katelyn Bolt; Bridget Hamm (Jackie); Deidra DeBord (Todd) son, Brian Bolt; mother, Dorothy Bolt; brothers and sisters-in-law, Steven Bolt; Stewart Bolt (Jenny); Samuel Bolt; Daniel Bolt (Stacie); grandchildren, Keaton, Seth, and Dusty Hamm, and Rebecka DeBord; father and mother-in-law, Kenneth and Hilda Belcher; several special nieces and nephews; Beloved dog, Kermit. Funeral service will be held 2:00 p.m. on Wednesday, August 10, 2016 at Maberry Funeral Home with Rev. Joe Cox officiating. The interment will follow at the Mabry Cemetery. The family will receive friends from 6 p.m. to 8 p.m. on Tuesday, August 9, 2016 at the funeral home.
Posted by Maberry at 5:04 PM