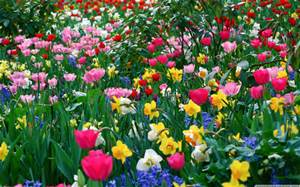 Fay Hollandsworth Quesenberry was welcomed into heaven by her Lord and Savior, Jesus Christ, on August 5, 2016.  Fay was a loving and devoted wife, mother, grandmother and friend to all.
Born March 23, 1931 to the late Major and Ollie Slaughter Hollandsworth, she is preceded in death by her two  sisters, Margaret Quesenberry and Neva Shelor and  brother, Clifford Hollandsworth.
Married on October 27, 1949 she is survived by her loving husband of 66 years, J.C. Quesenberry of Willis, VA.; sons and daughters-in-law, James Dale and Frances Quesenberry of Willis,Va. and Anthony and Debbie Quesenberry of Copper Hill, VA.; daughter and son-in-law, Rebecca and Bill Worrell of Hillsville, VA.; Ten Grandchildren; 16 Great-Grandchildren; four  Step Great-Grandchildren; four  special Nieces and  two special Nephews.
Arrangements will be by Maberry Funeral Home in Floyd, VA where the family will receive friends on Sunday, August 7, 2016 from 6:00 p.m. to 8:00 p.m.   Funeral will be held at Maberry Funeral Home on Monday, August 8, 2016 at 2:00 p.m. with the Elder Larry Hollandsworth officiating. Interment will follow in the Turman Cemetery on Boarderline Road in Willis, VA.