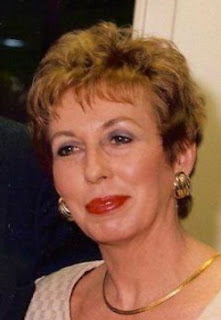 Mamie Phillips Vest of Floyd and Roanoke Virginia, entered into eternal rest November 19, 2015.  A native of Floyd County, she was born August 9, 1938, the youngest child of the late Deputy Sheriff William Lewis Phillips and Cordova Quesenberry Phillips. She was predeceased by her brother William Morris Phillips and wife Freeda , a sister Clarah Vae Phillips, brother-in-law, Elwood Mabry,  and infant brother and  beloved great nephew, David Schlosser.
Left to honor her memory are her best friend and husband of 56 years, Earl Stewart Vest.  She is survived by a great love of her life, granddaughter Sedona Marguerite Hanks who brought much joy and pride.  Surviving are sister and brother-in-law George and Ruth Heafner of Greensboro NC, Helen Mabry of Cherryville, NC;  sister-in-law, Barbara Vest of Maryland.  Also surviving are nieces Rebecca Heafner Schlosser (Michael) Greensboro, NC and Cathy Mabry Clonninger (Alan), Dallas, NC; nephews, Douglas Mabry (Tami) Cherryville NC, Michael Phillips(Barbara), Christiansburg, Stephen Phillips (Patricia), Christiansburg, Terry Phillips (Wanda), Eggleston and Jeffrey Phillips, (Jill) , Christiansburg.  Also surviving are many great- nieces, great- nephews and cousins.
Mamie enjoyed a long and vibrant career in advertising/design/public relations in Roanoke.  Her art career was launched with an internship at Delmar Studios in Charlotte. Returning to the area to marry the love of her life, she worked as a graphic artist for Roanoke Engraving followed by employment as Director of Art Services at Brand Edmonds Advertising.  At age 28, she established her independent business, Mamie Vest Associates.  In addition to her agency work, she served for several years as a legislative aide in both the Virginia Senate and House of Delegates.
She was appointed by Governor Linwood Holton to the Consumer Credit Study Commission; by Governor John Dalton to the Advisory Committee on Furnishing and Interpreting the Executive Mansion; and by Governor George Allen to the Board of Trustees of the Virginia Museum of Natural History. She served as Chairman of the Roanoke City Arts Commission and was an active member of the Roanoke City Sigh Ordinance Committee.  She also served as the Roanoke Valley Coordinator for the Virginia Bicentennial Commission.
During the 1970’s ‘80s and 90s , she created and directed advertising for over 80 local, state and federal Republican political campaigns.   She received the American Advertising Federation Silver Medal Award in Roanoke for contributions to the industry and community, the first woman to receive the honor in Virginia.
A Celebration of Life service will be held at Maberry Funeral Home in Floyd at 2:00 p.m., Sunday, November 22, 2015, followed by interment at Jacksonville Cemetery.  Family will receive friends from 12:00 to 2:00 prior to the service.  Mamie requested that in lieu of flowers memorials be made to the Floyd County Rescue Squad, PO Box 257, Floyd, VA. 24091 or a charity offering aid to those in need. Ecclesiastes 3:1-2, To every thing there is a season, and a time to every purpose under heaven; A time to be born, and a time to die; a time to plant, and a time to pluck up that which is planted.