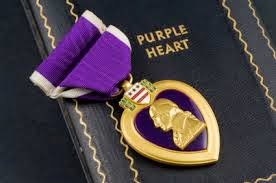 
He served in the United States Army, was a Purple Heart recipient and a D-Day Veteran.  He also was a devoted member of Shady Grove Church.

Funeral services will be held 2:00 pm, Monday,  April 6, 2015 at Maberry Funeral Home with Rev. Norman Goad officiating.  Interment will be in the Turman Cemetery with Military Rites by Grove King Post 1115.   Family will receive friends at 1:00 p.m. prior to funeral service.