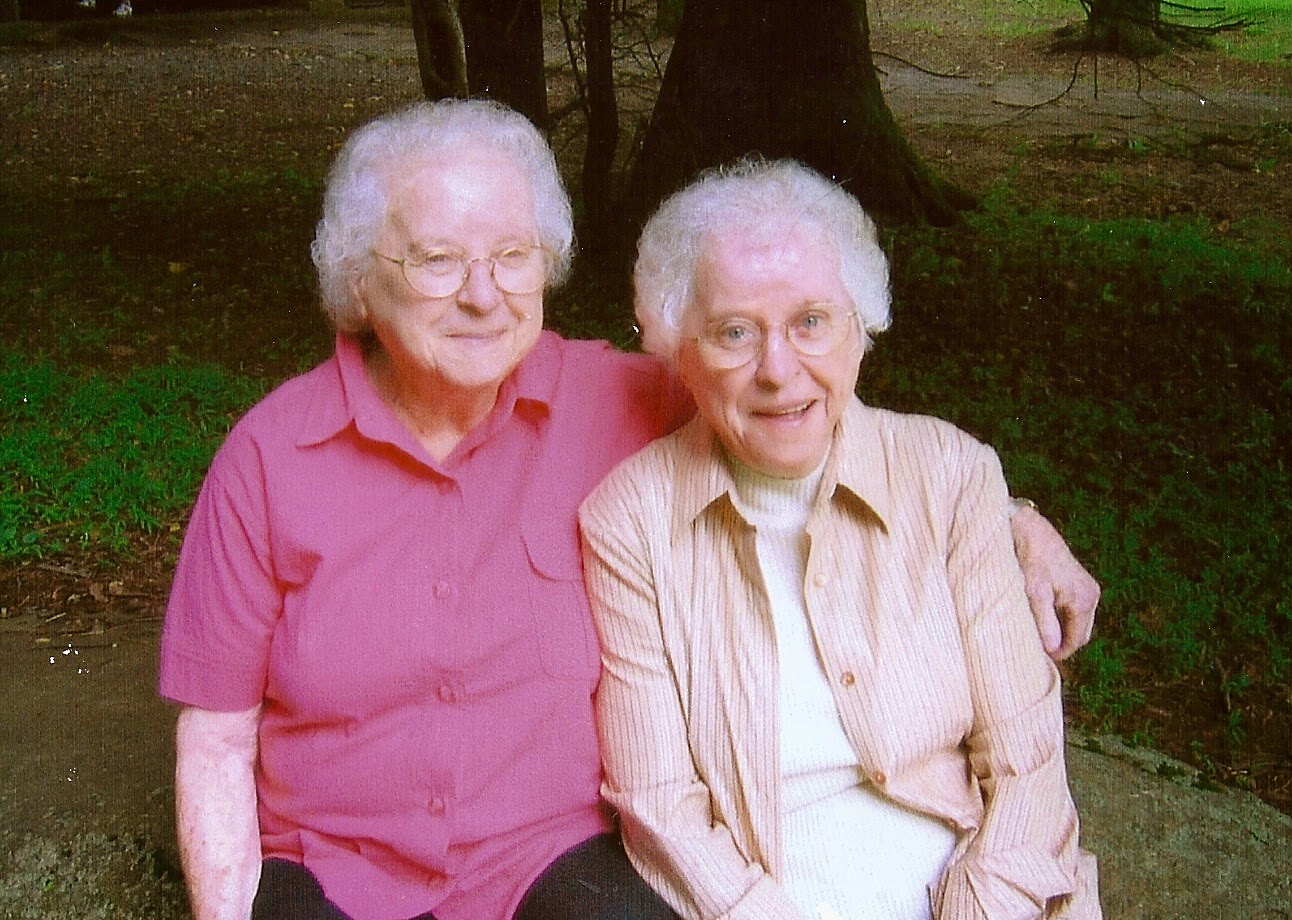 Three things will last forever-Faith, Hope, and Love-and the greatest of these is love.1 Corinthians 13:13


On October 22, 2014, Minnie Ester Belcher Harman of Floyd was reunited in heaven with her beloved husband Fred and twin sister, Monnie Lovins. Minnie & Monnie were welcomed into the family of Benjamin Harrison & Manie Conner Belcher on September 8, 1921.


The two “bashful” girls led a quite life of hard work on the family farm at the base of Hog Mountain in Willis, Virginia. They walked several miles to attend Slate Mountain School and later joined the Slate Mountain Presbyterian Church.


Minnie loved and was devoted to her siblings. Her brothers, Edgar, Thomas, Ray, and Daniel and two other sisters, Gaye Edwards, and Infant Beulah, preceded her in death.


She was 23 years old, and starting to worry she might be an old maid, when she met a gregarious, funny guy, totally opposite of her shy and reserved manner. On September 16, 1944, she married Melvin Fred Harman. They were blessed with 66 years of marriage. She spoiled Fred their entire married life and cared for him until he passed on December 29, 2010.


For many years they resided on a small farm on Burks Fork Creek in Willis. After 12 years of marriage they were blessed with a daughter and five years later a son. Minnie worked hard to provide for her family. She grew and canned fruits & vegetables, milked cows, and raised pigs and chickens. She was an excellent cook who thought biscuits and gravy were a staple for every meal. She dried her own apples for her delicious fried apple pies. Minnie made beautiful quilts for people from all over the country. In 1989 she and Fred left the farm and moved closer to town (Floyd).


Minnie is survived by her daughter and son-in-law, Hilda and Howard Dickerson of Willis, and her son, Norman and fiancee’ Cherie Horton, of Riner. Grandchildren, Jennifer Tunstall and fiance’ Onix Pastrana; Benjamin & Kathie Webb. Her Great-grandchildren, Jared, Evan, and Carter, were the light of her life and gave her much pleasure in her later years. She is also survived by two loving sisters, Lula Harris of Radford and Pauline Bolt of Meadows of Dan. Minnie leaves behind many nephews and nieces including Evona Helms of Meadows of Dan. She was blessed to have a loving church family at Little River Baptist Church and wonderful caregivers, Michelle Smith, Terri Poff, Martha Turpin, Audrey Goad, and Arlene Radford.
The family will receive friends from 1 to 2:30 p.m. Saturday, October 25, 2014 at the Maberry Funeral Home Chapel. Funeral services, conducted by Rev. Elmon Thompson, will follow at 2:30 p.m. Burial will be in the Pleasant Hill Cemetery in Willis.


Her children arise up, and call her blessed; her husband also, and he praises her. Proverbs 31:28. Mama-until we meet again, we love you and will miss you.