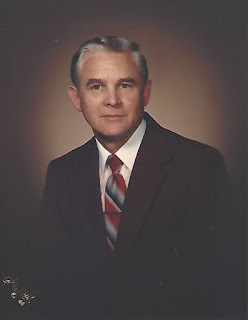 Melvin Ray Compton, 87, of Floyd, at his home with family, left us peacefully to be with God after battling cancer for 13 courageous years. Melvin was born in Floyd, son of the late Larkin and Hattie Compton. In addition to his parents, he was preceded in death by his sister, Freeda Anglin.


Melvin is survived by his wife of 61 years, Nelcie Compton; daughter and son-in-law, Linda and Chuck Perkins; son and daughter-in-law, Neal and Kimberly Compton; two grandsons who he adored, Dylan and Drew Compton. He is also survived by his brother and sister-in-law, Cecil and Marlene Compton; sister and brother-in-law, Iva Ruth and Billy Brammer; sisters, Lorraine Keith, Lois Thompson; many cousins, nieces, nephews and friends who were like family.
Melvin worked in the family timber business with his father before becoming a manager at the Floyd Garment Plant for 33 ½ years.  There he formed many long-lasting friendships.  After retiring, he enjoyed farming with his brother, playing golf at Great Oaks Country Club where he was a member since 1971, watching NASCAR races, and being papa to his grandsons. Melvin loved his family so much. They always came first. He was a generous man who would help anyone.  He had such unbelievable patience and calmness. He was easy going and a picturesque story teller.
We would like to thank the nurses with Intrepid Hospice for all their care.  We would also like to thank all our family and friends for the numerous phone calls, visits, and prayers.

Because of his love for children, in lieu of flowers, donations can be made to Same Fight, in care of Medical Charities of Floyd, P.O. Box 640, Floyd, VA 24091.