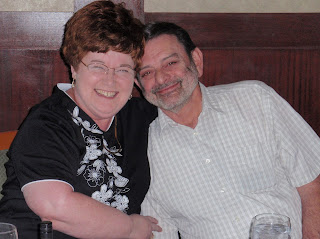 David Wyatt Hollandsworth, age 74, passed away on Friday, January 26, 2018 with his family by his side.  He was born on November 17, 1943 in Indian Valley, VA.  He was a longtime resident of Northern Virginia, specifically Alexandria, Springfield, and Fredericksburg.

David served in the Army during the Vietnam War.  Upon returning from military duty, he resumed his career as an electrician, working for a major electrical company for 20 years as a member of the International Brotherhood of Electrical Workers (IBEW), Local 26.  After that, he opened his own electrical company, which he successfully ran for 25 years until his retirement.  In his limited spare time, he enjoyed playing golf, and spending time with his family.  He had a huge heart, and will be dearly missed by all who knew and loved him.  He loved his family and was extremely proud of his grandchildren.

Visitation will be held at Maberry Funeral Home, 367 South Locust Street, Floyd, VA  24091 on Tuesday, January 30, 2018 from 3:00pm to 7:00pm.  There will be a graveside service and interment for family only at the JC Slaughter Cemetery in Indian Valley, VA on Wednesday, January 31 at 12:00pm.  Flowers are appreciated, or a memorial donation can be made to the American Cancer Association, or the American Heart Association.