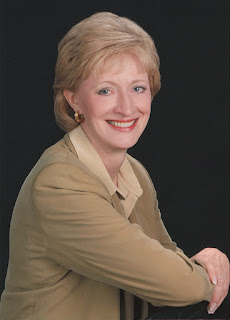 The deceased was born Kitty Lee Gardner and raised in Willis, Virginia, in rural Floyd County nestled in the Blue Ridge Mountains of Southwestern Virginia.  Kitty was raised on a small country farm with no electricity, no running water, and no indoor plumbing.  Despite her humble beginnings, Kitty was determined to become a professional woman at a time when such a thing was unheard of.  She was the first member of her family to go to college, where she received her Bachelor’s and Master’s Degree at Virginia Tech in what was then known as the College of Home Economics.  She later received her PhD from St. Louis University.
Kitty started her career as a college professor at Virginia Tech in Blacksburg before moving to Columbia, Missouri, where she became the Department Chair of the Textile and Apparel Management Department in the College of Human Environmental Sciences at the University of Missouri-Columbia, where she because a globally recognized expert in the field of international textile and apparel trade and worked for several decades until she retired in 2010.  She wrote two seminal textbooks, Textiles and Apparel in the Global Economy and Inside the Fashion Business, which are used in universities all over the United States and have translated into other languages.  Her articles were published in hundreds of professional publications.
Kitty also received over forty Professional honors and honorary awards, including the prestigious University of Missouri Distinguished Faculty Award and the Distinguished Scholar Award by the International Textile and Apparel Association. Kitty also served as a corporate board member for the Kellwood Corporation, which brought her respect and accolades from an industry who valued her experience and perspective.  She was an active member of the board of the Missouri University Retirees Association, the Rotary Club and   numerous other organizations.
Through all of her many career accomplishments, Kitty always insisted that her family was the most important thing in her life.  She was married to aircraft engineer Harman Dickerson, another Floyd County native, and gave birth to and raised her son Derek “Deke” Dickerson, a professional musician based in Los Angeles, and her daughter Donya Dickerson, an Editorial Director for McGraw-Hill in New York City.  After her marriage to Harman Dickerson ended, she had a long relationship with her “sweetheart” Dr. Bill Fisch, a Law professor at the University of Missouri-Columbia.  Kitty cared immensely for her brother’s family, Cleve Thomas “C.T.” Gardner of Floyd, Virginia, his wife Betty, her niece Michelle (Rifkin), and her late nephew Damon.  Kitty also cared deeply for her cousins David and Tony Harris, who were raised in the Gardner family house in her childhood, and later for the many international students who brought their families to Missouri to study in her program without knowing a single person in the United States.  Kitty loved unconditionally and touched the lives of everybody who knew her.
Kitty developed a small cancer tumor in her mouth in early 2016, which was successfully removed.  While on a short visit to see her daughter’s family in New York in August last year, she was hospitalized with pain in her jaw, where she discovered the tumor had returned.  She was given radiation treatments at Memorial Sloan-Kettering cancer hospital in New York City, but the radiation was ultimately unsuccessful.  The cancer returned in the form of a very aggressive tumor, and she succumbed to the disease January 15, 2017.  In her last weeks, she was surrounded by her son Derek, daughter Donya, niece Michelle, her boyfriend Bill, and many other family members.  Kitty was a deeply religious person and at the time of her death was a longstanding member of Memorial Baptist Church in Columbia, Missouri.  Kitty Gardner Dickerson will be buried at the Pleasant Hill Church Cemetery in Willis, Virginia, in a plot next to her mother, Virgie Keith Gardner, and her father, Lonnie Kavilla Gardner.

In lieu of flowers, she has requested that donations be made to the Kitty Dickerson Graduate Fellowship for Excellence Award in the MU Department of Textile and Apparel Management (contact 573-882-1830 or mclaine@missouri.edu) or the Kitty Dickerson MURA Scholarship (contact TownsendM@missouri.edu).
A visitation will be held at Maberry Funeral Home on Saturday, January 21, 2017 at 12 p.m., immediately followed by a service at 2 p.m.  Interment will follow at Pleasant Hill Cemetery.
Posted by Maberry at 9:22 AM