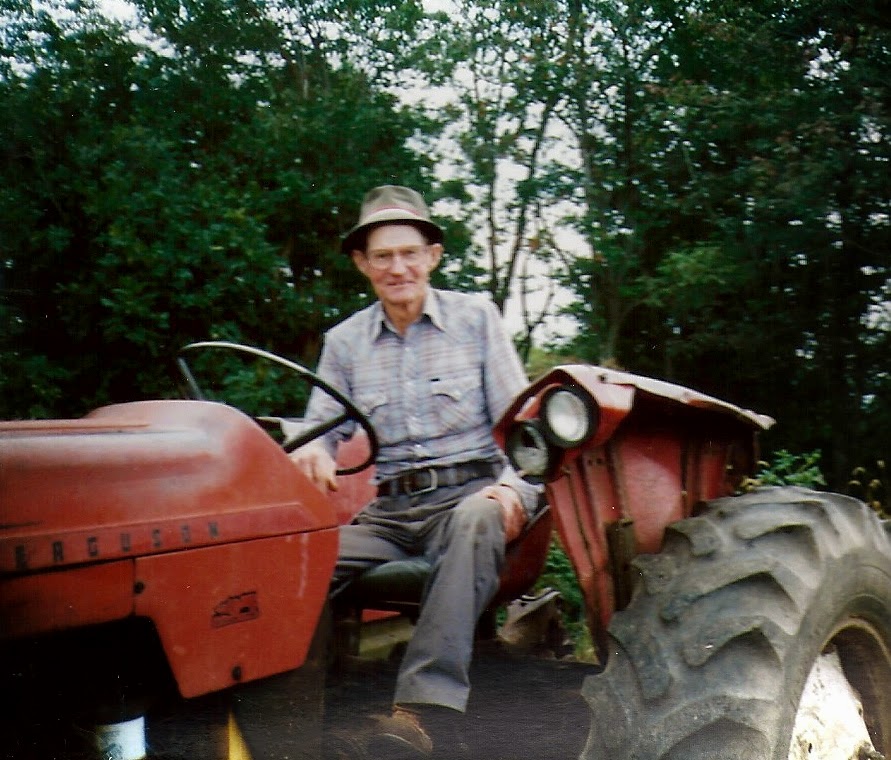 Columbus McGrady, 85,  of Indian Valley, passed away Monday, February 23, 2015. He is predeceased by parents Ebb and Mellie McGrady as well as 11 brothers and sisters.

He is survived by his loving wife of 58 years, Loveline McGrady. Daughters and Sons-in-Law; Carolyn and George Stein, Lois and William Dooley. Grandchildren; Andrew and Katie Passarelli, Jeremy Dooley and Great Grandson; Caleb Passarelli. Brother; Martin McGrady of New York. Sisters-in-Law; Ruth McGrady, Nancy McGrady from Christianburg and Virginia McGrady of West Virginia. Several nieces, nephews and cousins, along with many cherished neighbors and friends. Special thanks to his Medi-Home Hospice team, especially Sherry and Doris, and staff  of Skyline Nursing and Rehab.

In lieu of flowers donations can be made to Captain George Quesenberry Cemetery in c/o Vera Hall, 2128  Macks Mountain Road, Indian Valley, VA 24105
Posted by Maberry at 1:43 PM