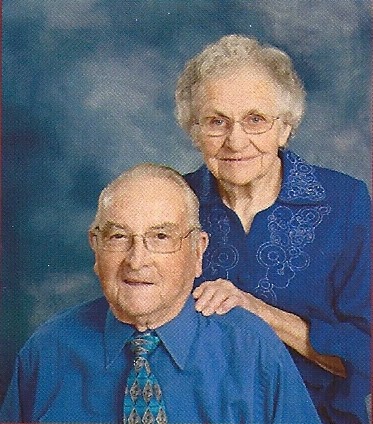 James Earnest Proffit, 90,  born  August  24, 1924, went home to be with his Lord and Savior on January 4, 2015 surrounded by his loving family, following a battle with COPD and lung cancer. James entered the Navy during WWII on November 6, 1943 and was discharged on November 16, 1945.  He was aboard the ship USS Thurston serving in Normandy on D Day and Southern France invasions.  After his discharge from the Navy he returned home to Floyd County to help his Daddy on the farm for a short while.  On November 24, 1946 he married the love of his life, Frances Sowers.  They moved to Vinton where he worked in a filling station until returning to Floyd County in 1950 and bought a farm.  He made his living farming and gardening, both which he was very  good at,  and loved.  He also loved to hunt and fish in his spare time. James was baptized into the Red Oak Grove Church of the Brethren in October of 1953 and was a Deacon there many years. James was preceded in death by his parents Getter and Alberta Proffit: and 11 of his twelve siblings. He is survived by his loving wife of 68 years, Frances Sowers Proffit; daughters and sons-in-law, Gwendolyn Klann (Gary), Betty Hicks (David), Sharon Lovell (Ray).  Six grandchildren; Derick Hicks (Tanya), Jennifer Klann, Jeffrey Hicks (Crystal), Eric Klann, Kristen Carver (Scott), Brandon Lovell (Michelle).  Three Great-Grandchildren and one on the way; Elijah Hicks, McKenzie Lovell, Knoxleigh Carver, Trever Lovell.  One Sister; Helen Atkins and many nieces, nephews, and cousins.