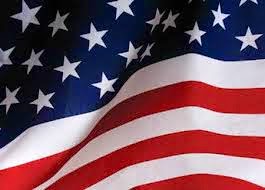 On January 5, 2015, Loman Alfred Smith, 83 of Riner, my wonderful husband and father of our children went home to heaven with his loving family at his bedside.  After a very long battle with ALS, his struggle ended.  He will forever be missed by all but will always be with us in spirit. He was a USSN Veteran, served aboard the USS Ashland LSDI, Seaman First Class and did numerous tours including the Carribean, Panama, Cuba, West Coast, Greenland and a six-month tour of the Mediterranean.  He retired from Lynchburg Foundry and drove for the Abbott Bus lines for 14 years. He is survived by his devoted and loving wife, Lorraine Duncan Smith, his angelic caregiver.  Also left to cherish his memory are daughters, Rhonda Brown (Harold) of Bramwell, WV and Angela Smith of Deerfield Beach, FL; son and daughter-in-law, Gary Smith (Judy) of Linwood, NC; Grandchildren, Amanda Smith, H. Ray Brown II, Elizabeth Brown Tillery and Richard Tillery; Step Grandson, Eric Aker(Whitney);  Step Great Grandchildren, Carson Aker and Cathan Aker;  Brother, Ray Smith(Carrie). Sisters and brother-in-law, Ila Reed of Willis, Martha Farmer of Christiansburg, Alma Quesenberry of Radford, Mozell Phillips, and Leah Sue Quesenberry (Dexter) of Garnet Valley, PA;  Sister-in-Law, Loretta and Sonny Miller;  Brothers-in- Law, Roland Dean (Linda) Duncan, Hobert Williams of Galax. Many special friends and church family plus his special little pet friends. Our deepest gratitude for the kind, compassionate care administered by the doctors and nurses at Carilion New River Valley Medical Center and the Home-Based Primary Care Team at VAMC.  A special thanks to ALS Association for their support.