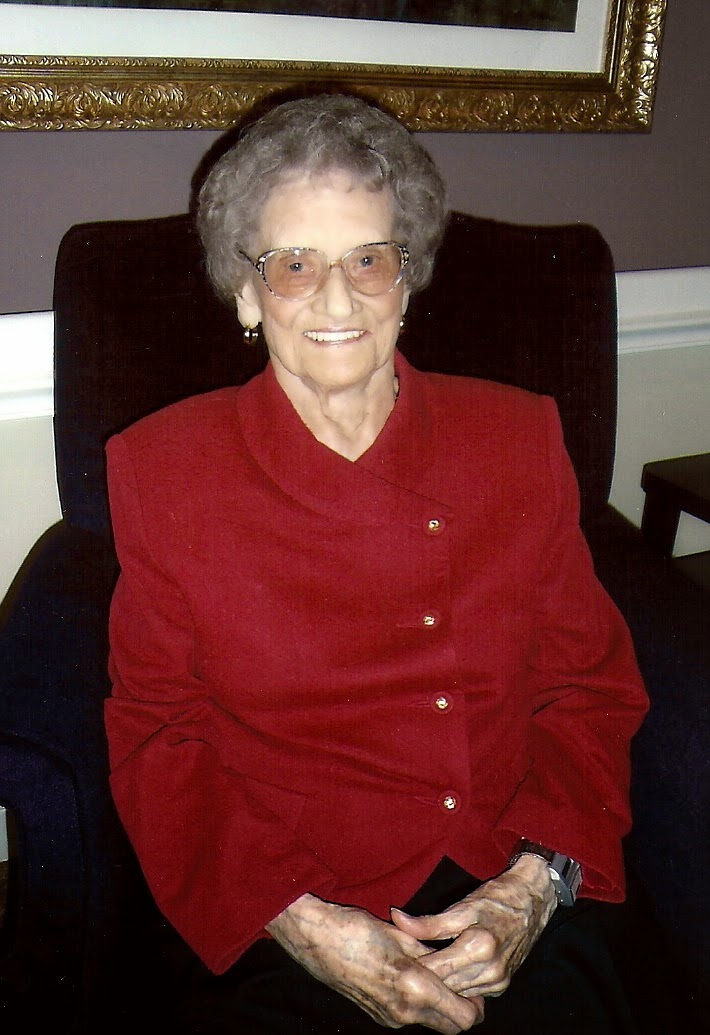 Eva Bray Howard, 103 of Floyd, passed away on Thursday, September 18, 2014. She is preceded in death by her husband Kent S. Howard, Sr. She was a native of Tennessee and the daughter of the late George Harrison and Nancy Dalton Bray. She was a graduate of East Tennessee State University. She was employed by VA Tech as an Extension Agent and coordinated programs for Floyd County until her retirement in 1976.

Funeral services will be held at 2 p.m. on Sunday, September 21, 2014 at Maberry Funeral Home Chapel with the Rev. Steve Johnson officiating. Interment will follow in the Jacksonville Cemetery. The family will receive friends from 1 – 2 p.m. prior to the service at the funeral home. Expressions of sympathy may be made in her honor to the Floyd United Methodist Church Memorial Fund, P.O. 55, Floyd, VA 24091 or to the Floyd County Rescue Squad, P.O. Box 257, Floyd, VA 24091.