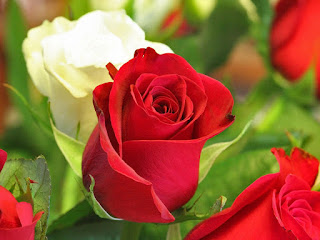 Helen Elizabeth McNiel Janney passed away Wednesday, March 7, 2018.  She was a lifelong resident of the Check community of Floyd County.
Helen was the daughter of the late James Herbert McNiel and Lura Nannie McNiel, and the widow of the late Charles Raye Janney.  She was preceded in death by a brother, James Ralph McNiel; and a sister Garnet Irene Wimmer.
She is survived by three daughters, Esther Raye Janney, Eleanor Louise Janney, and Barbara Ann Goodwin; two grandchildren, Julie Wilburn and Chip Goodwin; and two great-grandchildren Bailey Wilburn and Morgan Wilburn.
The family would like to extend their thanks to her loving caregivers.
At Helen’s request, a private ceremony will be held at a later date. There will be no visitation at the funeral home.  An online guest book is available for family and friends at www.maberryfuneralhome.com.  Memorial contributions can be made to Floyd County EMS, 120 West Oxford Street, Floyd, VA 24091.
Helen proudly lived 98 years in service and love to her family and community.  We are at peace knowing she is now reunited with her husband and those who went before her.