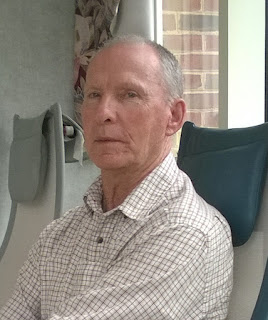 
Paul was a quiet, gentle, and humble man. He proudly served in the United States Army. In his younger days, his life revolved around playing ball with his brothers and attending races. He drove a oil/gas truck for many years in Floyd and Roanoke County. Later in life, Paul enjoyed mowing yards for folks in the Bent Mountain and Copper Hill areas and watching sports.


The family would like to express their appreciation to the staff at Virginia Veterans Care Center and Maberry Funeral Home for their concern and care. In lieu of flowers, the family would appreciate donations sent to Copper Hill Church of the Brethren, 8838 Floyd Hwy N, Copper Hill, VA 24079.
Posted by Maberry at 5:46 PM