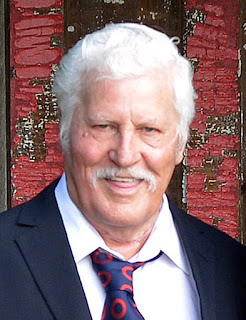 Sherman Dials
(June 7, 1931 — April 25, 2018)
Sherman Dials, 86, passed away, surrounded by loved ones, on Wednesday, April 25, 2018, at Roanoke Memorial Hospital in Roanoke, Va., leaving behind an indelible legacy of love for his large family.
The child of Johnnie Dials and Addie Muncy of Martin County, Kentucky, Sherman was born on June 7, 1931, in Martin County, Kentucky. Often heralded by his children as “the happiest man alive,” Sherman was always singing and dancing, from the moment he awoke, throughout the day, and into the night. With a whistle and a smile, he worked hard to support his large family, instilling a work ethic and drive that has been passed on and nurtured among the generations that followed. But to Sherman, family and fun always came first, which served — and continues to serve — as a timeless example of how to properly live and love for the next generations. His smile, quick wit, hilarious one-liners, perfectly-combed hair, favorite songs, and nicknames for all of his children and grandchildren will be sorely missed, yet remembered and immortalized via the countless memories cherished by the family.
Sherman was working in Columbus, Ohio, when he met Nettie Grace Burnett. Both Sherman and ‘Gracie’ describe their introduction, subsequent courtship and marriage as destiny — they just “knew” that they were destined to be together, and it’s a love story that’s been written now for 56 years. They were married on July 22, 1961, and became the proud parents to six children — four sons (Jeff “Pooch,” Donnie “Tucker,” Johnnie “Whistle Dick,” and Tommy “Bo”) and two daughters (Lisa “Lucy-kye” and Trisha “Pee-Wee”) — eventually settling in the Appalachian Mountains of Floyd, Va.
Sherman has left to cherish his memory: his wife, Gracie Dials, of Floyd, Va.; his son, Jeff and (wife) Cathy Dials, of Novi, Mich. (children: Mindy Dials-Twyham and husband Drax [E.J., Noah, Andrew, Ruby, and Eva], Logan [Ada], Shane and wife Susan, and Janice); his son, Donnie and (wife) Nancy Dials, of Floyd, Va. (son: Tucker); his son, Johnnie and (wife) Marcie Dials, of Inez, Ky. (children: Megan, Haley, and Lucas); his son, Tommy and (wife) Alicia Dials, of Floyd, Va. (children: Derek and wife Jessie, Bradley, Kendall, and Jasmine); his daughter, Lisa and (husband) Freddie Gerald, of Indian Valley, Va. (children: Emily Creek, Lauren Paige and husband Austin Moles, and Mackenzie Gerald); and his daughter, Trisha Ann and (husband) Sam Calhoun, of Boones Mill, Va. Sherman is survived by Ray (brother) and Odell Dials, Moses (brother) and Liz Dials, James (brother) and Gladys Dials, Glenn (brother) and Rita Dials, Edith Diamond (sister), Liddie Jo Hunter (sister), and Anna Mae Dials (sister).
A visitation for family and friends is planned for 5 to 8 p.m. on Thursday, April 26, 2018, at Maberry Funeral Home, located at 367 South Locust Street in Floyd, Va., with The Rev. Kenneth Poston officiating. A funeral is planned for 11 a.m. on Friday, April 27, 2018, at Indian Valley Church of God, located at 2297 Macks Mountain Road NW in Indian Valley, Va.  Words of comfort and memories may  be shared with the family at www.maberryfuneralhome.com.