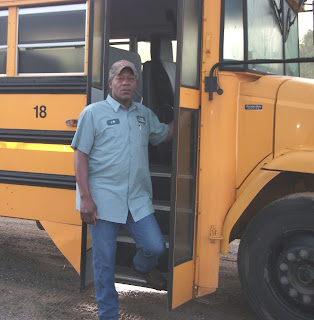 The Life
Carlton Wade Turner, born January 18, 1959. "C.W." as he was known attended and graduated from Floyd County High School in 1977. He grew up farming the land and had a passion for nature and the hard work that it encompassed. He was reared in Little River Missionary Baptist Church.  After driving the school bus for 33 years, he was well respected by many children and their parents. The landscape business led him to many acquaintances locally and nationally as attraction to the mountains promoted home building. When the winters in Floyd bring lots of snow and ice, he found joy in plowing snow long hours entertained by gospel music. The Blues was also one his all-time favorite and pleasurable genre of music. He loved to laugh and was a practical "jokester."
C.W. transitioned from this life on Monday July 31, 2017 at 12:05 p.m. He was preceded in death by his Mother, Gertrude P. Turner, Father, Sam P. Turner and Brother, Marvin O. Turner.  C.W. leaves behind a Sister, Gayle Maybin, Houston, TX, Brother, Bascil (Gwen) Turner of Roanoke, VA, Sister-In-Law, Rhonda (James) Turner-Holland, Floyd, VA, Nephews, Jason (Wendy) Turner, Wesley Turner, Carlton Murdock, Nieces, LaQuisha (Donald) Mitchell, Tia Murdock, Jai Briskey, Kia (James) Robinson, Best Friend, Melinda Touscany and a host of great nieces and nephews. The family extends a special thank you to the Good Samaritan Hospice staff.
Graveside service will be held Saturday, August 5, 2017 at Little River Cemetery with Rev. Clinton Crump officiating  following a Visitation at Maberry Funeral Home from 1:00 p.m. to 3:00 p.m.